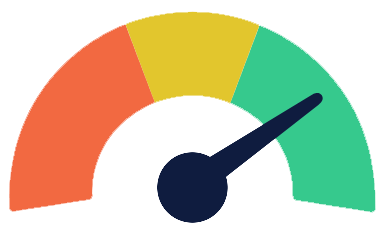 How the browser renders a web page? (I)

For example, the Node object for the div element is created from HTMLDivElement which inherits Node class. The browser comes with built-in classes like HTMLDivElement, HTMLScriptElement, Node etc.

After the browser has created Nodes from the HTML document, it has to create a tree-like structure of these node objects. Since our HTML element will be nested inside each other, browser needs to replicate that but using Node objects it has previously created. This will help the browser efficiently render and manage the webpage through its lifecycle. 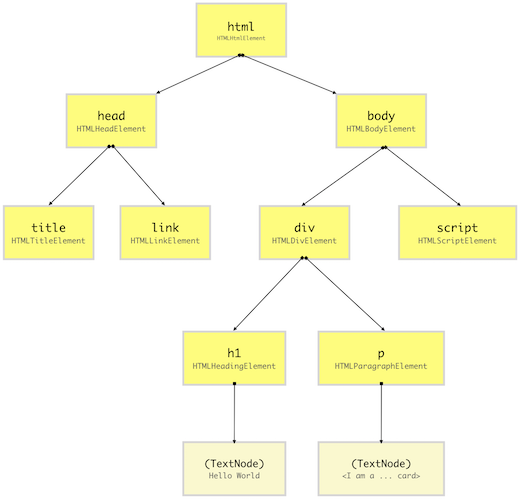 A DOM node doesn’t always have to be an HTML element. When the browser creates a DOM tree, it also saved things like comments, attributes, text as separate nodes in the tree. But for the simplicity, we will just consider DOM nodes for HTML elements AKA DOM element. Here is the list of all DOM node types

JavaScript doesn’t understand what DOM is, it is not part of the JavaScript specifications. DOM is a high-level Web API provided by the browser to efficiently render a webpage and expose it publically for the developer to dynamically manipulate DOM elements for various purposes.

After constructing the DOM, the browser reads CSS from all the sources (external, embedded, inline, user-agent, etc.) and construct a CSSOM. CSSOM stands for CSS Object Model which is a Tree Like structure just like DOM.

Each node in this tree contains CSS style information for that particular DOM element. CSSOM, however, does not contain DOM elements which can’t be printed on the screen like <meta>, <script>, <title> etc.

For example, color and font-size among others inherits the value of the parent if these properties are missing an HTML element. So you can imagine having these properties on an HTML element and all its children inheriting it. This is called as cascading of styles and that’s why CSS is called as Cascading Style Sheet. This is the very reason why the browser constructs a CSSOM, a tree-like structure to compute styles based on CSS cascading rules. 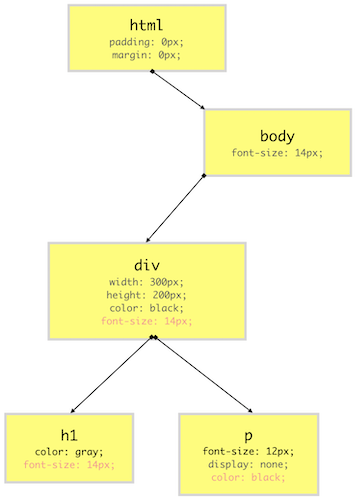